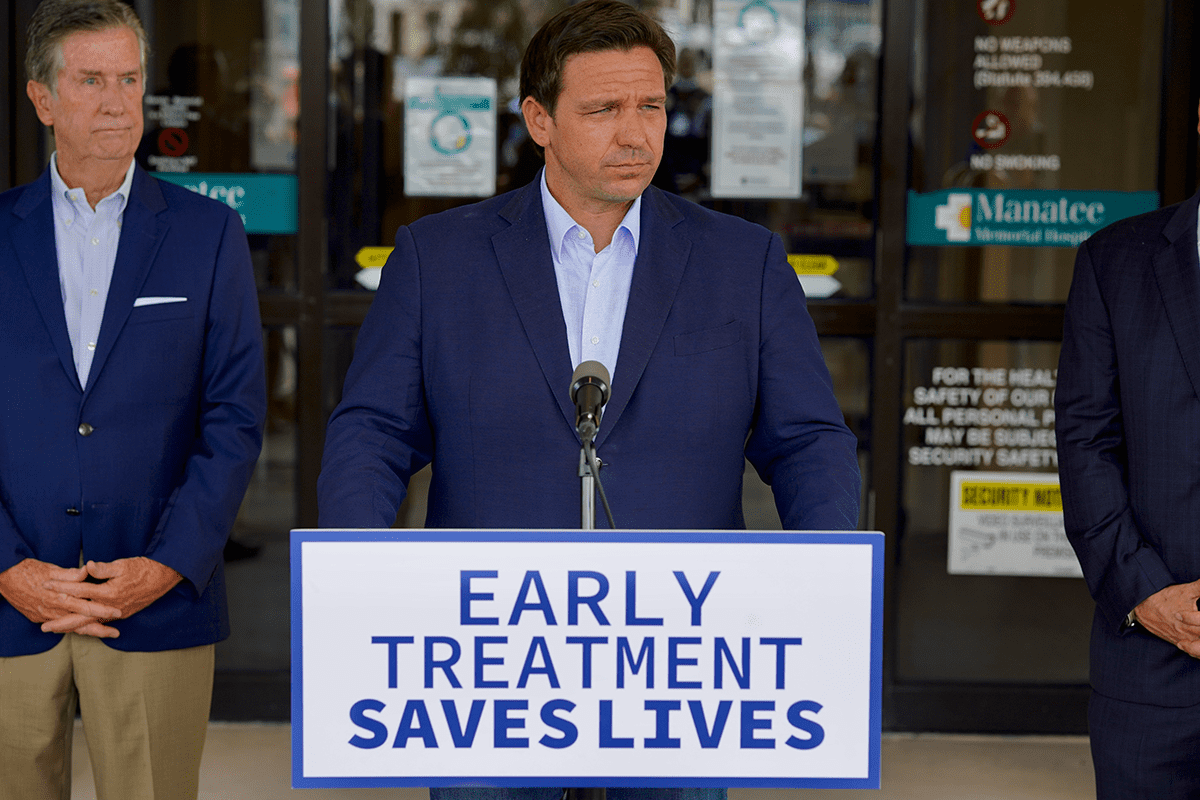 CBS reporter Sharyn Alfonsi asked DeSantis a falsely-premised question, relating a $100,000 donation to DeSantis’ campaign from Publix to the fact that DeSantis is granting them rights to distribute the, at the time, novel and scarcely-distributed COVID-19 vaccine.

DeSantis, Publix, and even Democrats called out CBS’s false reporting.

Publix has 831 stores in Florida, and it is the largest grocery-store chain in the Sunshine State. As the National Review noted, it would be surprising to many in favor of mass rollouts of the vaccine for Publix to not be a prime distributor.

“That’s a fake narrative,” DeSantis began in response to CBS.

“As we got into January, we wanted to expand the distribution points … we wanted to get it into communities more, so we reached out to other retail pharmacies – Publix, Walmart … for the Publix, they were the first one to raise their hands [and] say they’re ready to go,” he continued.

DeSantis explained that “90% of [seniors] live within a mile and a half of a Publix.” Watch his full, uncut response here.

“It’s wrong, it’s wrong, it’s a fake narrative, I just disabused you of the narrative and you don’t care about the facts because obviously I laid it out for you in a way that’s irrefutable.” CBS cut DeSantis’ response to omit the true explanation for using Publix as a distributor.

In response to the false narrative, Democrat Jared Maskowitz, the former Director of the Florida Division of Emergency Management (FLSERT) and State Representative, said that “Publix was recommended by [FLSERT] and [The Florida Department of Health] as the other pharmacies were not ready to start. Period! Full Stop!”

“No one from the [Governor’s] office suggested Publix. It’s just absolute malarkey.”

On Monday, the 1-year anniversary of the hit-piece, DeSantis tweeted on his personal account that 60 Minutes “ran a smear campaign against me to mislead the public.”

“I know the corporate media thinks they can just run manufactured propaganda to advance their partisan agenda, but I will always punch back, set the record straight & fight for what’s right.”

First Lady Casey DeSantis also blasted CBS on Twitter, “@RonDeSantisFL will always defend the truth and fight for what’s right in the face of verifiable lies. 60 Minutes owes the Governor an apology, the clock’s been ticking …”

CBS did not retract the claim of a quid pro quo between the DeSantis campaign and Publix.