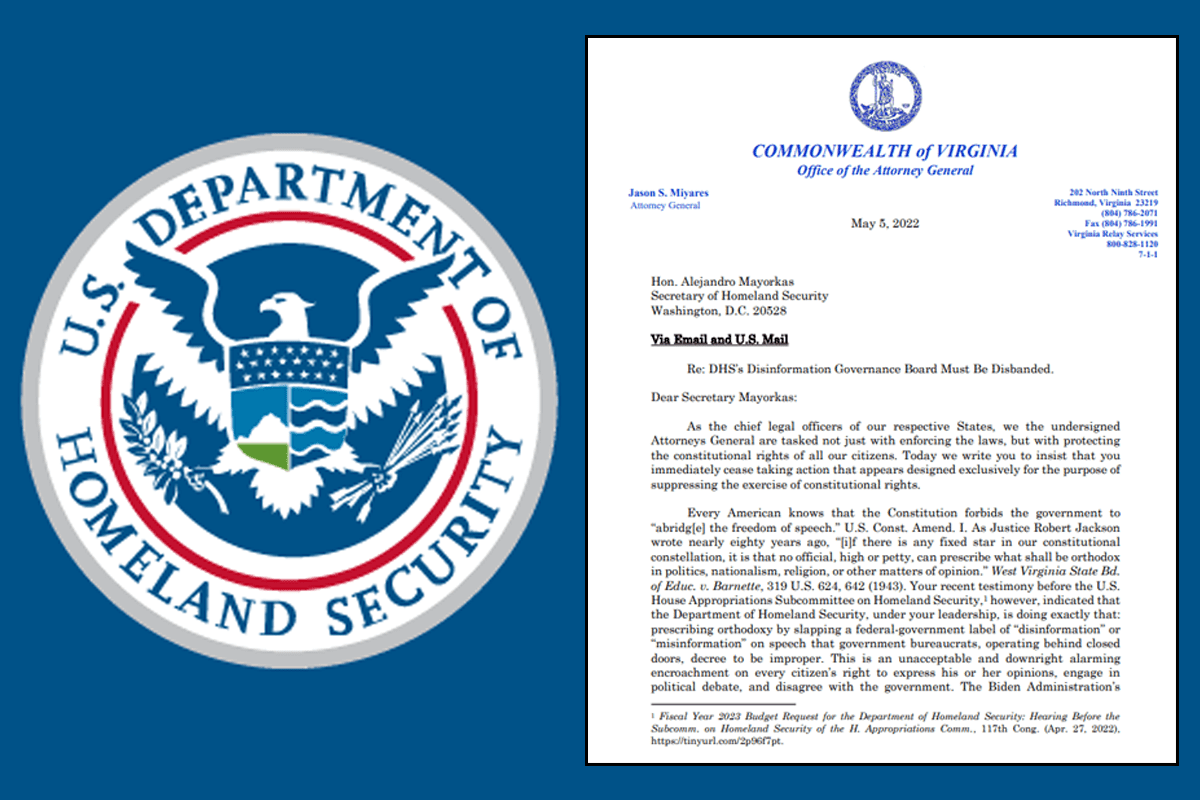 TALLAHASSEE (FLV) – Florida Attorney General Ashley Moody signed onto a letter with 19 other attorneys general asking the Biden administration to shut down the “unacceptable” and “alarming” Disinformation Governance Board.

The Biden administration said the newly-created disinformation board allows the U.S. Department of Homeland Security to protect the country from “threats exacerbated by disinformation.”

However, the Republican attorneys general said in a letter that the board will have a “chilling effect” on free speech. Virginia Attorney General Jason Miyares led the charge in sending the letter to Secretary of Homeland Security Alejandro Mayorkas.

“This is an unacceptable and downright alarming encroachment on every citizen’s right to express his or her opinions, engage in political debate, and disagree with the government,” Miyares said in the letter.

The attorneys general alluded to threatening legal action unless the administration disbands the “Orwellian” Disinformation Governance Board.

“For the sake of our democracy, you must immediately disband the ‘Disinformation Governance Board’ and cease all efforts to police Americans’ protected speech,” Miyares said.

The Department of Homeland Security said the board will also focus on disinformation from foreign states such as China and Iran but the Republicans said Americans will be afraid to speak their opinions.

“The existence of the Disinformation Governance Board will inevitably have a chilling effect on free speech,” Miyares said. “Americans will hesitate before they voice their constitutionally protected opinions, knowing that the government’s censors may be watching, and some will decide it is safer to keep their opinions to themselves.”

Republicans also pointed out the uncanny timing of the new disinformation board. The board was created as Elon Musk prepares to acquire Twitter.

“As the Biden Administration apparently loses a critical ally in its campaign to suppress speech it deems ‘problematic,’ you have created a new government body to continue that work within the federal government,” Miyares said.