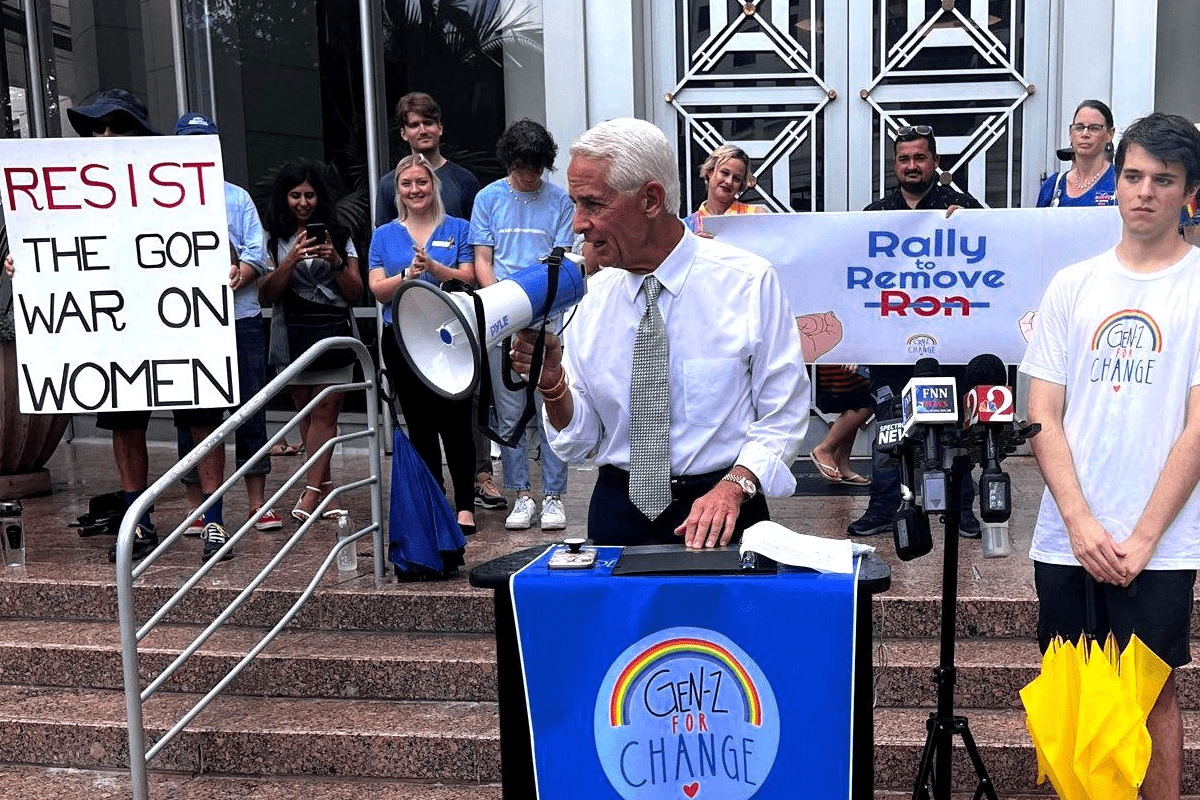 TALLAHASSEE (FLV) – As Democrat Charlie Crist continues his campaign for Governor of Florida, his campaign store promotes pride collection merchandise for his English audience, but not those who speak Spanish.

The pride collection on Crist’s website includes rainbow-themed “Say Gay” and “Christ For Governor” stickers and shirts in English.

However, the Spanish section of the website only includes shirts and stickers in blue and white that say “Crist Para Gobernador” and “Florida Para Todos.”

U.S. Congressional Candidate Anna Paulina Luna, who has faced Crist in a previous election, said Crist “uses the Gay community just like he uses the Hispanic community and voters as a whole.”

Democrats have also attempted to amplify the term “Latinx” that many people in the Hispanic community have rejected and it has backfired on the Democrats.

Charlie Crist and Nikki Fried are both grappling for the Democratic nomination for Florida Governor. The winner in the primary will face Gov. Ron DeSantis in the general election.