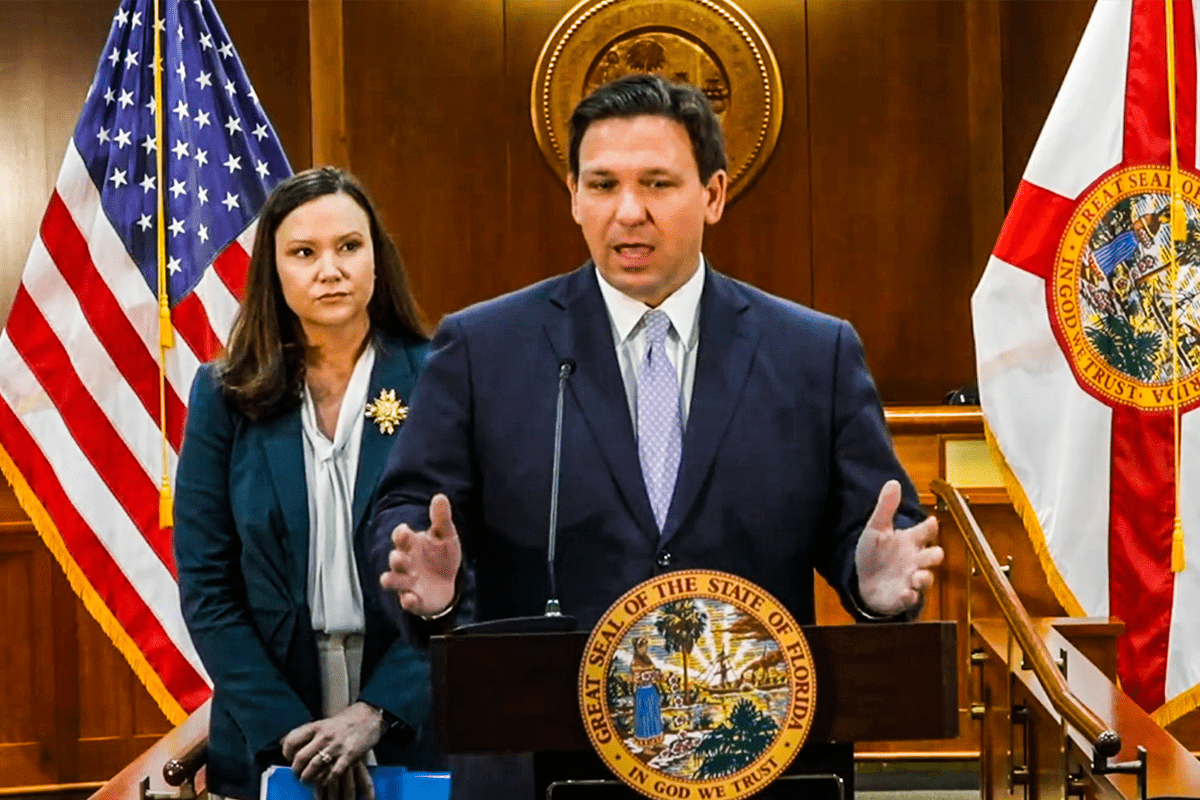 TALLAHASSEE (FCV) – On Tuesday, Governor Ron DeSantis announced a new lawsuit that the State of Florida under Attorney General Ashley Moody will bring against the Biden Administration for its continuation of the nationwide transportation mask mandate.

The state is leading a total of 20 U.S. states to end the “unlawful” mask mandate in public transportation. Moody plans to argue that the Center for Disease Control and Prevention (CDC) mandate “exceeds the agency’s authority and interferes with state laws banning forced masking.”

“Florida has led the nation in standing up to misguided federal government policies and fighting back against heavy-handed mandates that have no scientific backing,” DeSantis said.

“If politicians and celebrities can attend the Super Bowl unmasked, every U.S. citizen should have the right to fly unmasked. It is well past time to get rid of this unnecessary mandate and get back to normal life.”

The CDC mask mandate has been in effect for over a year now, and the Biden Administration made the decision to extend it before its planned March 18 expiration date. It is now intended to expire April 18, but the government may renew it.

A press release from DeSantis’ office argues that the CDC order lacks “high-quality data to support the efficacy of mask mandates.” Since the rise of the Omicron variant and combination of vaccine-induced and naturally-induced immunity, case numbers and hospitalization numbers have seen a sharp downward trend.

The plaintiffs are seeking to overturn the mask mandate and “establish a permanent injunction against enforcement of the mandate.”

The transportation mandate covers modes of travel like airplanes, buses, trains, and even theme park transportation like Walt Disney World buses, monorails, and ferry boats. Currently, tourists in the Orlando area – the tourist hub of Florida – may attend theme parks mask free, but still need it for transportation because of federal order.

The lawsuit goes after the Biden Administration for exercising “intransigence” in continuing tyrannical mandate orders even after losing in federal court. It argues that the CDC already lost in the Supreme Court when it was decided that the CDC “cannot issue economy-wide mask mandates.”

“Plaintiffs seek vacatur of that mask mandate and a permanent injunction against its enforcement,” it reads.