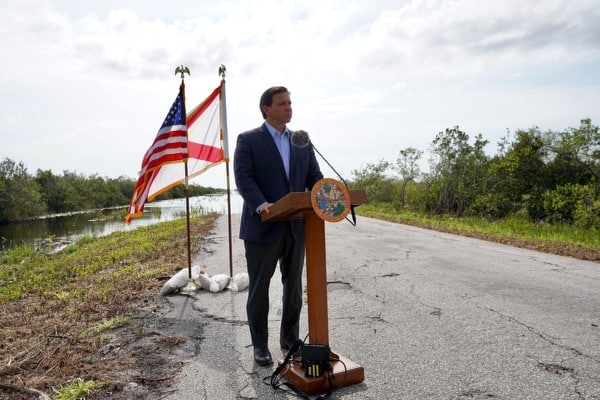 ORLANDO (FLV) –  Gov. Ron DeSantis said Friday he does not want taxpayer dollars going toward professional sports after he vetoed a $35 million budget proposal for the Tampa Bay Rays.

“I don’t support giving taxpayer dollars to professional sports stadiums, period,” DeSantis said. “So at the end of the day that was just the decision that was going to be made.”

The money would have gone toward a spring-training facility for the Tampa Bay Rays. The proposal was listed in the budget as a “Sports Training and Youth Tournament Complex.”

The veto occurred a week after the Tampa Bay Rays faced criticism for politicizing the Buffalo and Uvalde shootings in May. The team tweeted that they would pledge $50,000 to Everytown for Gun Safety Support Fund.

“Companies are free to engage or not engage with whatever discourse they want,” DeSantis said. “But clearly, it’s inappropriate to be doing tax dollars for a professional sports stadium. It’s also inappropriate to subsidize political activism of a private corporation.”

“I set that limit as to what we were going to spend,” DeSantis said. “So what we try to do with these projects, is doing things that really are benefiting the community as a whole more so then maybe one specific interest or one specific company.”

DeSantis has previously said the large number of vetoed projects will prepare the state for any economic downturn caused by federal policies.

Governor DeSantis’ move to veto the budget proposal comes on the heels of controversy between Florida Republicans and Disney.

DeSantis Says Disney Privileges Were Revoked for “Attacking” FL Parents: “Walt Disney Would Not Want That”

The Walt Disney Company vowed to have the Parental Rights in Education Act repealed. Florida Republicans then stripped the company of its “special privileges.”