Sunday, June 6th, 2021, marked the 77th anniversary of the United States’ hallmark frontal assault against the German National Socialist Party in World War II. The invasion on the shores of Normandy included tens of thousands of soldiers from the Allies, such as the United States, France, and the United Kingdom.

While the invasion was a success and can be argued to be the turning point in World War II against fascism and authoritarianism, the Allies and America suffered a hefty casualty total, numbering in the thousands. 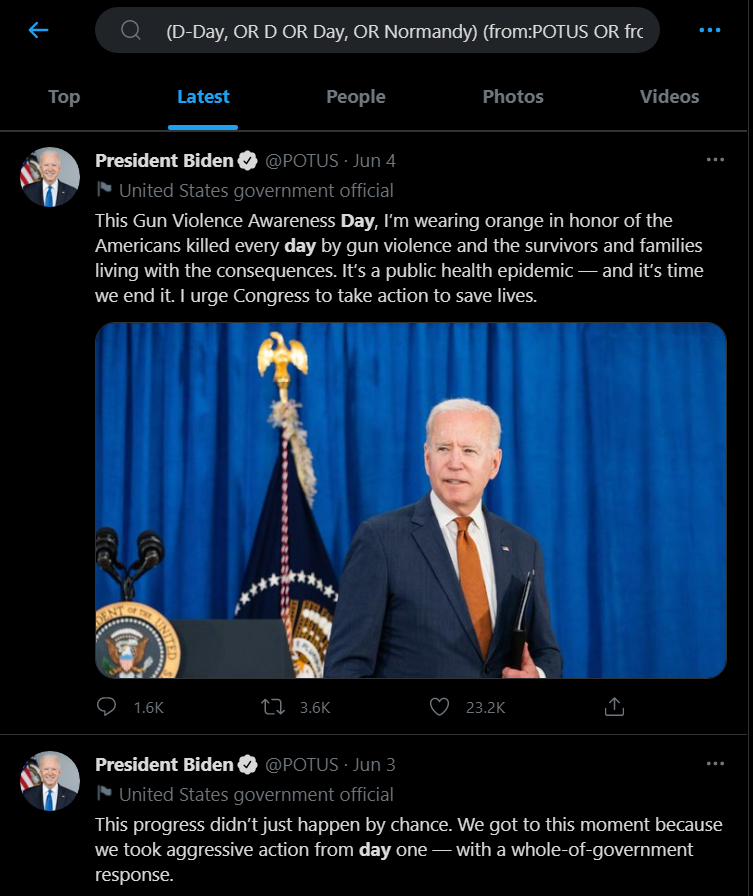 Every year, Americans of all political opinions acknowledge this day as an important and special one, especially given those who gave their lives so that Americans at home may continue to enjoy their liberties and freedoms in peace.

On Sunday, there were no statements or social media posts from Joe Biden or The White House regarding D-Day.

Critics of the White House’s silence on Sunday point out that it confirms the idea that Democratic leadership shows little care for America’s servicemen and women and have no real concern for protecting the liberties of Americans.

Effectively, showing no care for America’s triumph on the shores of Normandy and the lives she sacrificed to fight fascism, Biden is furthering a Democrat habit of complacency against legitimate fascism and authoritarianism.

Biden’s attitude can be seen in modern America with his complacency and indifference towards the fascist group known as “Antifa.”

During the Presidential debate with President Trump in late-2020, while Trump called out Antifa’s far-left violence and tactics, Biden brushed them aside as merely an “idea, not an organization,” and said that white supremacy is a greater threat.

Antifa spawned years ago from groups utilizing “black-bloc tactics.” These refer to dressing in all black, covering themselves up, and using violence and intimidation tactics to achieve political goals with lower odds of being identified and arrested. They are typically carried out in legitimate, peaceful protests, using regular civilians as shields for violence. Because groups like antifa usually have the same or similar political views as those they use as shields, they are grouped with peaceful demonstrations in the media and escape accountability.

The name “antifa” comes from the term “anti-fascist.” The name is a propaganda tactic to cause those who are ill informed about the group’s views and tactics to assume they are merely fighting against fascism, a seemingly good thing. Generally, American voters oppose fascism.

Their tactics are not antifascist; they are fascist. Suppressing speech of conservatives and Trump supporters with violence and intimidation is a prime instance of antifa’s black bloc tactics in action that run contrary to a group promulgated as being “anti-fascist.”

Biden and the media succumb to and promote this propaganda technique, merely brushing off antifa as an “idea” that is “anti-fascist.”

Biden’s complacency with the Antifa organizations across the country further demonstrates his indifference to the same kind of fascism America bravely fought off during World War II.

A social media post or statement takes a small amount of time and effort. If Biden and The White House remotely cared about the victorious but tragic events that took place on D-Day in 1944, sending out a tweet is the least they could have done.