“Let Kids Be Kids:” Protest to be Held Outside Walt Disney World Property 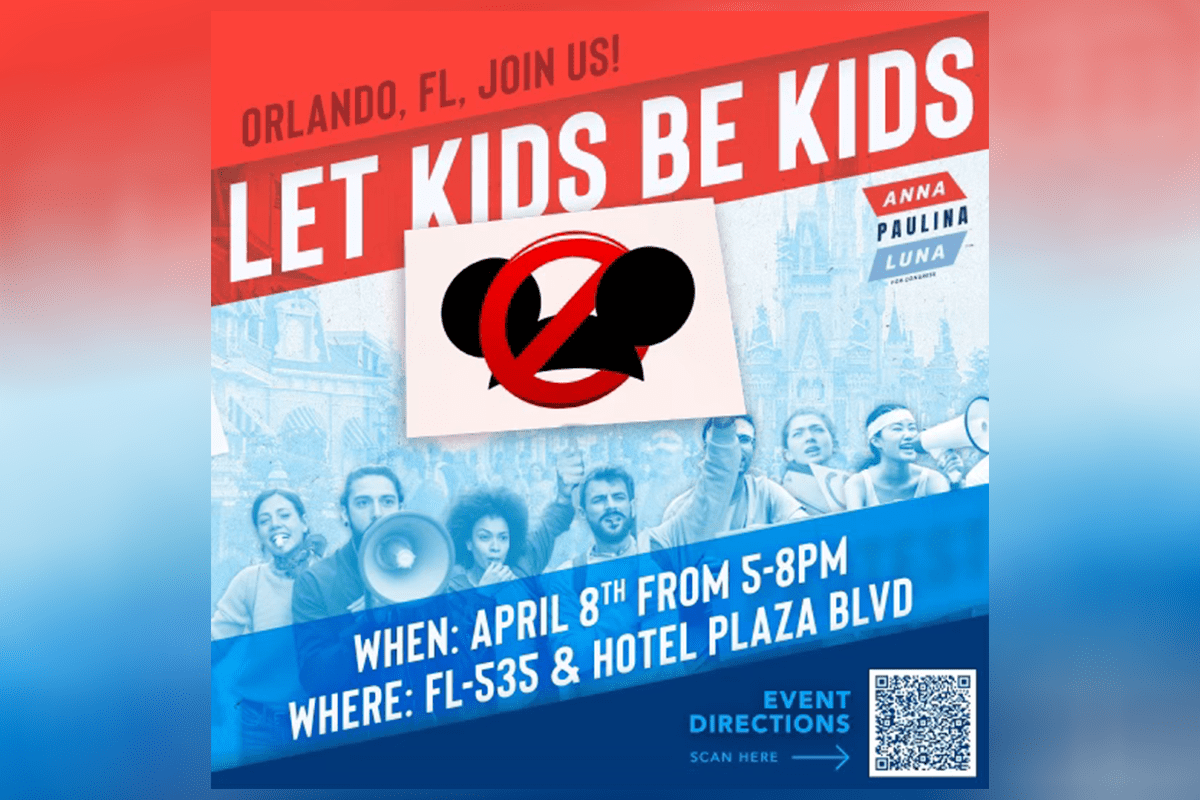 “DRIVE WITH US,” one flyer reads. The caravan, organized by Anna Paulina Luna for Congress, will drive to the Walt Disney World Resort, owned by the Walt Disney Company, from Clearwater to Orlando.

Organizers are requesting attendees to bring signs “demanding parental rights be respected and to let kids be kids!”

The protest itself will be held on April 8 from 5-8 P.M. EST at the intersection on FL-535 and Hotel Plaza Boulevard, off of I-4, which is one of the main entrances to Walt Disney World next to restaurants and hotels.

“It’s time to remind @Disney of their place. Here in Fl we respect parental rights and agree that Disney needs to keep their hands off our kids! LET KIDS BE KIDS!,” she said on Twitter.

Luna told FCV that “Disney has taken advantage of parents not just in Florida but across the nation. They blatantly went on a smear campaign against [Ron DeSantis] for defending parental rights.”

“It’s time we remind them that their woke agenda is a quick way to destroy not only Walt Disney’s legacy but their revenue,” she went on. “Disney tried to put FL parents in a corner and we’re fighting back.”

Left-wing propagandists falsely labeled H.B. 1557 the “Don’t Say Gay Bill.” In reality, the bill does not ban the word “gay” and allows students, and even teachers, to casually mention parents and spouses. However, sexual orientation and gender identity may not be topics of class discussion – applying to straight people.