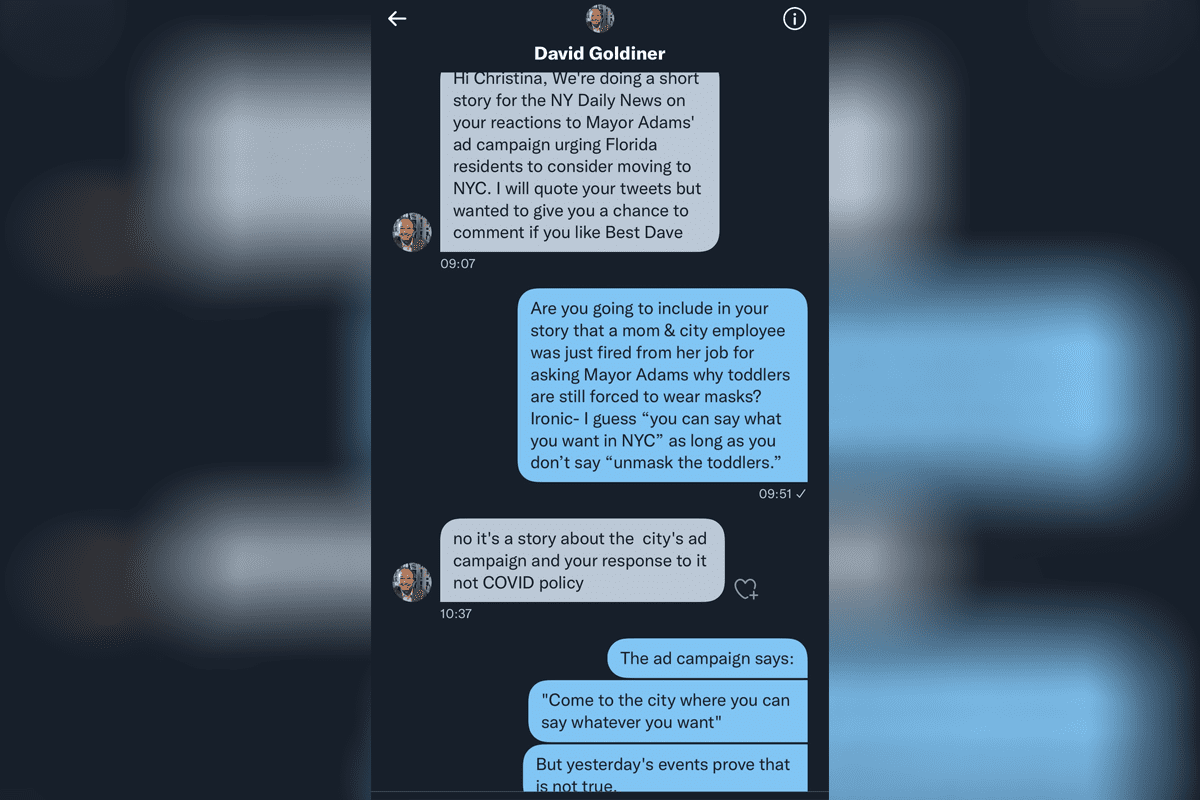 NEW YORK (FCV) – After New York City mother Daniel Jampel was fired from her job at the city Law Department after demanding Democrat Mayor Eric Adams unmask her children in schools, New York Daily News reporter David Goldiner said that he would not include the important detail in his story.

In a message to Christina Pushaw, the Press Secretary for Governor Ron DeSantis, both supporters of the new Parental Rights in Education Act, H.B. 1557, falsely named the “Don’t Say Gay Bill” by propagandists, Goldiner asked for a comment on Adams’ campaign to move Florida residents to New York.

“We’re doing a short story for the NY Daily News on your reactions to Mayor Adams’ ad campaign urging Florida residents to consider moving to NYC. I will quote your tweets but wanted to give you a chance to comment if you like,” he said.

In response, Pushaw questioned if he planned to include the detail that despite the mayor telling Floridians “you can say whatever you want,” a New Yorker was fired after speech that annoyed the mayor.

“Are you going to include in your story that a mom & city employee was just fired from her job for asking Mayor Adams why toddlers are still forced to wear masks?,” she asked.

“No it’s a story about the city’s ad campaign and your response to it[,] not COVID policy,” he responded.

Pushaw went public with the messages to get ahead of the story, saying that the New York Daily News “should be embarrassed.”

Critics of the media outlet argue that Adams’ statements are hypocritical, given the mother being fired immediately after speech that was critical of Adams.