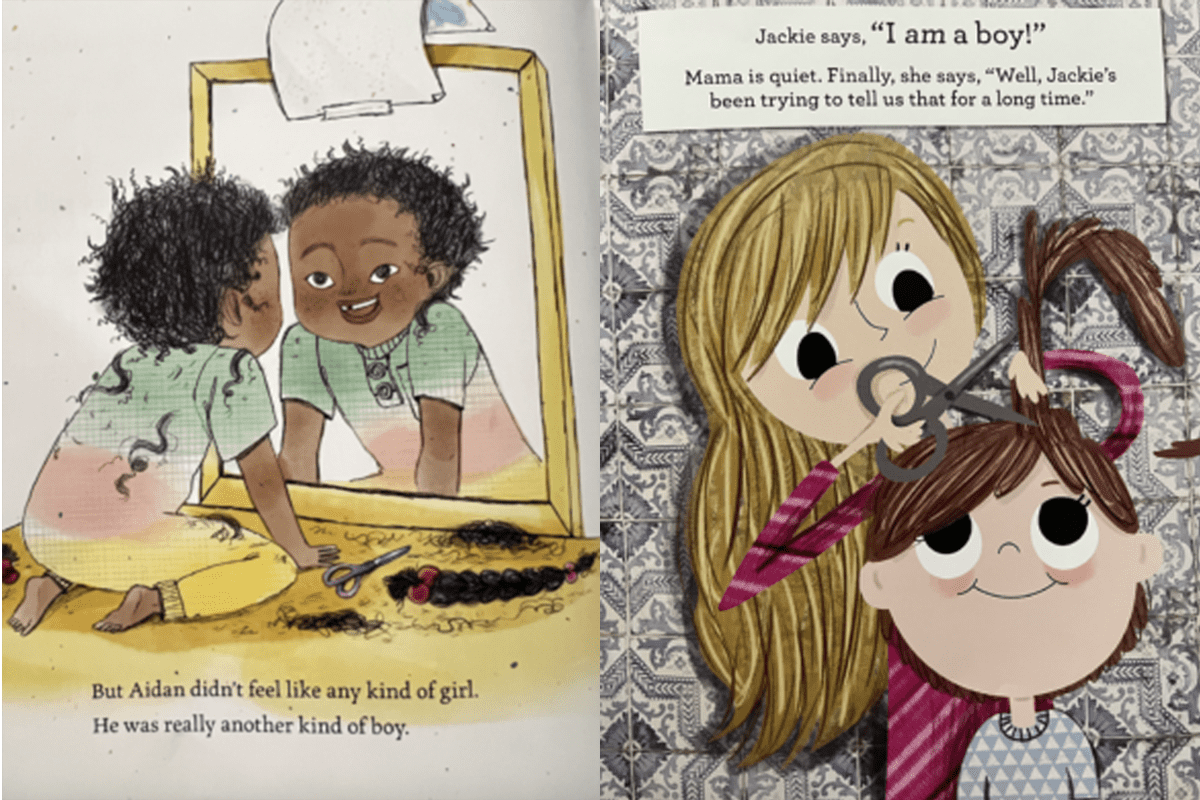 SANIBEL (FLV) – Several Sanibel parents are outraged to find books in the Sanibel Public Library children’s section telling young children they can choose whether they want to be a boy or girl.

Chelsea Sweiss and her kids, who are three and five years old, visit the Sanibel Public Library frequently. The Sanibel resident was shocked to find books about transgender transitioning in the children’s section.

“It just feels like it’s grooming because these aren’t children that are aware of this at all,” Sweiss said. “They’re not reaching out to people because they’re dealing with something.”

Sweiss found five books that concerned her at the library, including one labeled “Jack (Not Jackie)” in the children’s section. She shared her worries with city leaders and a librarian.

The book tells the story of a young girl named Jackie who does not like dresses, so Jackie’s mom allows her to wear “whatever feels right” and cuts Jackie’s hair. The story goes on to share how Jackie changes her name to “Jack” and tells her sister she is now a “brother” instead of a sister.

“They are introducing the idea and they’re specifically targeting young children who are very easily manipulated,” Sweiss said.  “It was kind of hidden with the very small children’s books and it just feels completely inappropriate to be teaching little kids.”

A second book Sweiss found in the library labeled “My Own Way” tells students they can be a boy, girl, both, or none of them.

“Our goal as the public library for everyone is to, as best we can and every public library can, meet the interests of the wide variety of library patrons and library users that we have,” Mohundro said.

Sanibel taxpayer dollars go toward the local library. When Florida’s Voice asked Mohundro about parent concerns regarding transgender content in the childrens section, Mohundro referred to the library’s policy.

“Responsibility for Library materials use by minors rests with their parents or guardians,” the policy states. “Selection of adult material will not be restricted by the possibility that these materials may come into the possession of minors.”

The policy also states the Library does “not serve as a censor of the reading” of any community member and that the library does not endorse opinions and does not label materials to make value judgements.

Mohundro created this policy that was then approved by the Sanibel Public Library District Board of Commissioners.

“Particular individuals or groups may not like a certain subject or feel it is appropriate for their child but others may have another view, who are in the community as well,” Mohundro said.

Jude Sincoskie’s 6-year-old daughter grabbed a book at the Sanibel library labeled “When Aidan Became a Brother” when the two visited the Sanibel Public Library Tuesday.

The book details a young child named Aidan, a girl, deciding to become a boy because she “didn’t feel like any kind of girl.”

“Aidan explored different ways of being a boy. He tried out lots of names until one stuck,” the book said.

Sincoskie said her daughter chose that book from the children’s section because it was colorful.

“I open it up just to make sure that it wasn’t anything inappropriate and I see that it’s about transgender transitioning for a very young child,” Sincoskie said. “I spoke to the librarian about it and said I was very uncomfortable with the display of books for younger children. She told me that it is for Pride Month.”

Both Sincoskie and Sweiss said they understood Pride Month books regarding two parents of the same sex couple being represented in the library. However, children’s books regarding gender transitioning crossed a line for the parents.

“It’s very concerning because it’s not something that she should be aware of at this age,” Sincoskie said.

Mohundro said people concerned with a specific book can fill out a form requesting the library reconsider the material. Library staff will review the request and Mohundro would make the final decision on the specific book. If the person is not pleased with the executive director’s decision, they can appeal to the library’s District Board of Commissioners.