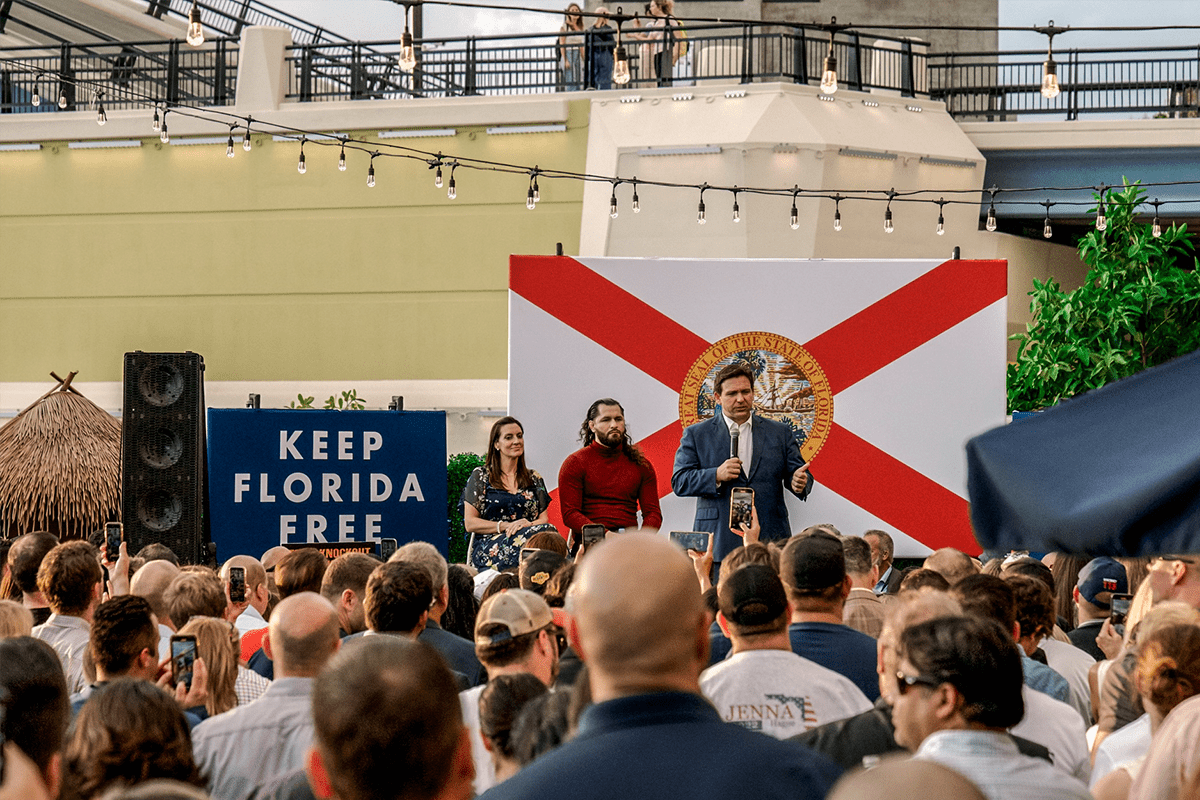 “I think you have some of those states like New York, they just do not want people to be able to exercise their rights,” DeSantis said. “And here’s what I would tell you. A lot of the people moving here from there are doing it because they don’t feel safe in a lot of those communities.”

Permitless carry, also known as “Constitutional carry,” would allow Floridians who follow the gun laws to conceal a handgun without obtaining a concealed weapons permit.

“What you don’t want is to have a gun government bureaucrat stymie your ability to exercise your constitutional rights,” DeSantis said. “I think that’s been the concern that people have had.”

Currently, Floridians go through the Florida Department of Agriculture, which is run by a Democrat, in order to receive a concealed carry permit.

Some Florida Republican lawmakers have attempted without success to pass constitutional carry legislation.

State Rep. Spencer Roach, R-Lee County, has said there are constitutional carry laws that still allow the state to take away weapons from criminals.

“Just because you have a constitutional carry law in place, it doesn’t it doesn’t mean that the other laws that are on the books that seek to take away weapons from criminals are not going to be enforced,” Roach said.

There are 24 other states with constitutional carry or permitless carry laws on the books.